Home > Work and play > “And if you can’t love yourself, how in the hell are you going to love somebody else. Can I get an Amen up in here?” 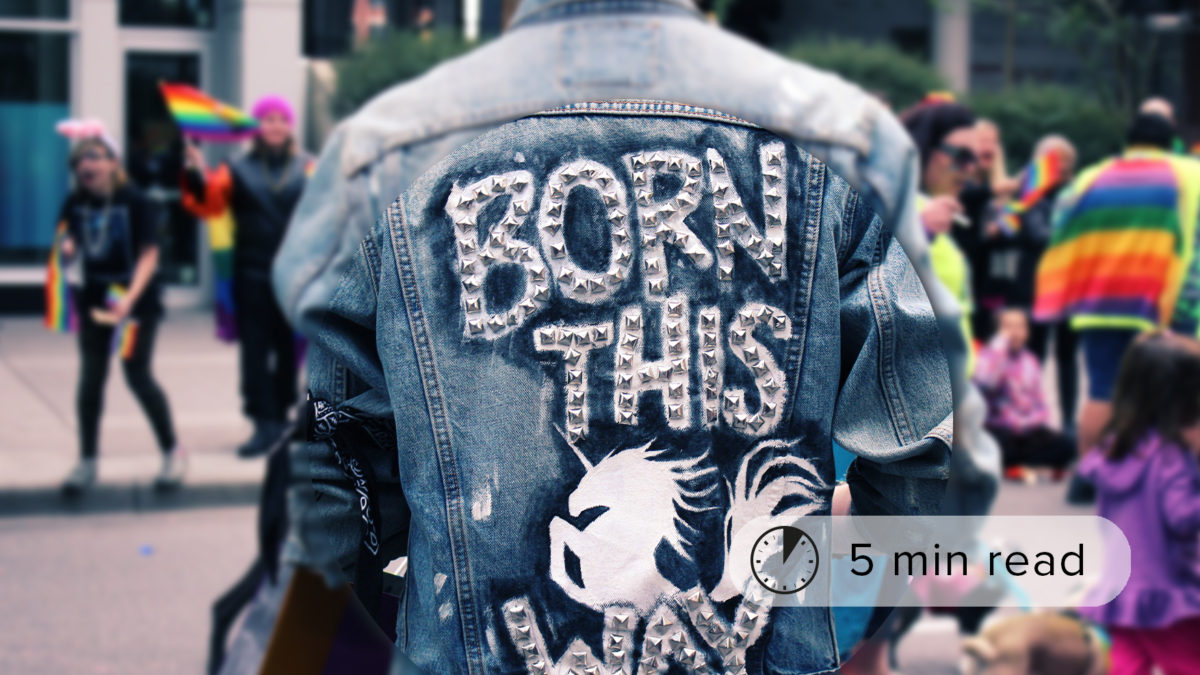 Keane is a songwriter, musician and activist who performs under the pseudonym Søren – his/their queerness is at the centre of everything they do.

The gays: gurus of being fabulous, the gatekeepers of self-acceptance and definitely your only friend worth asking whether or not those Zara slingback heels would be too promiscuous for your date with Mark from IT on Thursday evening.

We’re often seen as a shoulder to cry on, the person you vent to, or the pal you drag along to the shops for some serious retail therapy.

Hunny. Although I’d really love to be your Damien from Mean Girls, or your super attractive but in a late 80‘s George Michael kind of way, best friend, I’m exhausted. 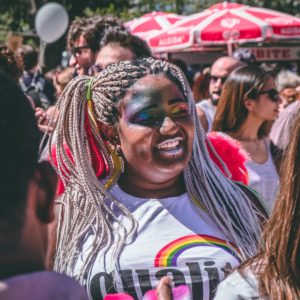 Thanks to RuPaul, the community slogan has become the glorified “If you can’t love yourself…” mantra. Once a very important reminder, it now serves as a global invitation that the LGBTQIA+ community has got it together, and have an endless capacity to deal with your self-loathing and insecurities as well as our own.

I’m joking of course, but truly, this self-love thing takes time. Historically, it has taken time and many people and institutions have made a point of disrupting this journey in order to push us further towards the outside.

As Mariah Carey might say ‘not to be bleak darling’ but every letter of our community acronym is being discriminated against daily. Someone that might be taking two steps forward may be tormented into taking another ten back. Our learning to love ourselves is pretty extreme as it goes.

For me, it took 16 years to admit to myself that I was bisexual, another two years to admit that I was gay, and a further three years to be comfortable as non-binary. Just to be clear, this is not everyone’s journey, and these labels aren’t gateways to and from one another, it’s personal.

My point is, we’re already conditioned to think that representing any letter of LGBTQIA+ is wrong, it takes years of rewiring your mind to make it make sense. For some of our predecessors it never did make sense. They didn’t have the luxury of assessing their mental health and watching queer positive tv shows, musicians and powerful figures talking about their own queer experience.

I think of cultural icons like Little Richard, a queer black man, who had to sanitise his image, lyrics and performances in order to garner any measure of success or recognition. Over his lifetime he would ‘come out’ and then retreat back into ‘The Closet’ in fear of the constant discrimination that followed him from the 1950’s up until last year when he passed away. For someone so deeply troubled he inspired so many, from Bowie through to Freddie and later Lady Gaga. It goes to show that even ‘cultural icons’ are not exempt from the harsh realities that queer people are accustomed to. 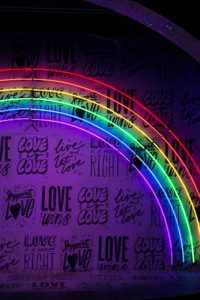 The notion that we, the queer community, all love ourselves unconditionally is a beautiful rainbow fantasy I’d love to believe in, but the same goes for all of humanity.

Some days I wake up, throw on my Juicy Couture, snakeskin trench coat and my signature £7 lipgloss and feel content with who I have become. I have the mental strength to face the world and it’s adversity with a strong strut and an award winning lip sync (under my mask of course) to ‘Toxic’ by Miss Britney Spears. Other days I wake up with a strong sense of dread and a bubbling anxious energy underneath the surface of my skin that I can’t seem to brush off as hard as I try. Loving yourself isn’t a badge you earn and get to keep forever, it’s a constant effort to uphold and maintain, and that’s tough but worth the struggle.

I had the thought only the other day, as I was strutting along in all my non-binary finery, that if I were in America during the late sixties prior to the Stonewall Riots, I would have been arrested for wearing practically anything I own in my closet right now. It reminded me of our privilege as queer people today and that although at times it’s difficult, we’ve made and continue to make progress. Furthermore, we’re lucky.

As an ally, what can you do to help?

We learnt last year that educating yourself is more important than ever, it is not the duty of ANY minority group to educate YOU on their community. If you’re reading this blog post you’re already well on your way, and so for that I say thank you, well done and can confirm you’re super chic and gay ok. Checking in on your friends and their mental health is paramount, particularly during the pandemic. I’d just ask you to spare a thought for your queer friends too – homophobia, transphobia and wider ignorance doesn’t disappear just because we’re in a pandemic, or in a Patricia as I now like to call it.

Are you ready to walk all over cancer? Check out our blog for tips on how to start your step challenge and help raise funds to fight cancer https://t.co/dMm42hGJ6A